I have been lacking motivation to blog lately; perhaps it is due to the lack of comments, or loss of followers, or just pure laziness. Or it is a little bit of everything. So to make up for it, I am showing you an awesome mani today! 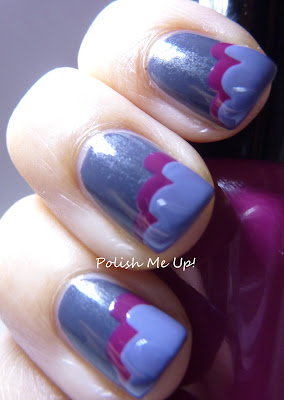 I first saw the freehand cloud design on Nailside (she comes up with the most awesome freehand mani designs, so check out her blog if you haven't done so already!), and immediately fell in love with it! After several attempts, I finally came up with a half-decent mani of my own. 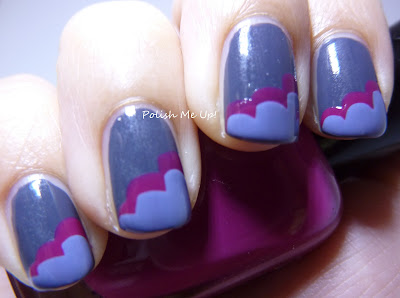 Since Nailside's cloud tutorial is very thorough already, I won't go into the details. I have one handy tip for you though: to create the round-end 'cloud' tip, leave the brush on for a few seconds to form a pool of polish. Also I find it easier to draw the cloud with a narrower brush, i.e. Zoya!

Polishes used for above mani:

Nice color combi! I really should try this someday! :D

I love this cloud mani. So simple but so stinking cute!

Wow, this is beautiful... I love your colour choices too! Nice work... I could never freehand so beautifully.

Thanks for all the kind comments girls! :)

Looks very good! I gotta try me one of those manis :-)
Babydoll, readers come and go, no worries :-D

great colors for this mani :)